DBM has been representing BILLA Slovakia since 2010. The provided services range from media relations advisory to corporate social responsibility recommendations.

Selected activities:
BILLA cooperates with NGO Europacolon (since 2010) As part of its CSR activities, BILLA supports the NGO Europacolon, which aims to raise awareness on colorectal cancer prevention. The Agency provided communication support for the retail chain’s SMS campaign “Supermarket no.1”. The funds collected through the campaign were used in support of Europacolon and BILLA offered also the premises of its stores in the South-Eastern part of Slovakia for the giant “intestine” tour. 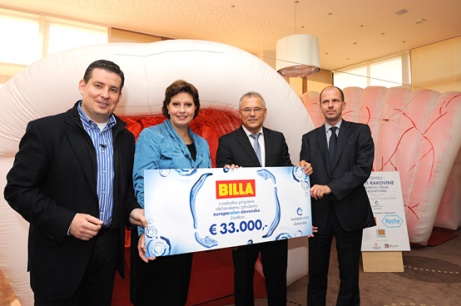 BILLA – official partner of the world ice hockey championship IIHF 2011 in Slovakia The Agency provided media relations during BILLA’s championship partnership and supported the campaign in which the customers competed for the tickets to the finals.